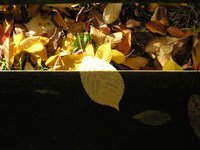 Two wikis concerned with education and libraries have emerged recently. Wikis are designed so that anyone can edit and create content in the wiki. One wiki was started by Chris Powys, in the UK and is at http://www.infoteach.org/. It says that "The Infoteach Wiki is intended to be a dynamic information base on teaching and learning in a library or information context. The aim of Infoteach is to play a part in enabling librarians and information workers, in every sector, to be competent teachers and facilitators of learning."

The second is based in the USA, created by the Oregon Library Association's Library Instruction Roundtable and at is at http://instructionwiki.org/Main_Page. It is "a collaboratively developed resource for librarians involved with or interested in [library] instruction ... The Library Instruction Wiki was designed to help librarians learn from one another. Use the wiki to find handouts, tutorials, suggested reading, and more!"

At the moment the latter has more content than the former, but the type of content differs. Infoteach also has a discussion board section. I think the scope implied by the statements quoted above is slightly different - though part of the difference is in the terminology current in the USA vs. the UK. For example in the UK the word "instruction" is one you would avoid, as it implies transmissive teaching (bad, bad, bad...) whereas in the US this word doesn't seem to be interpreted in the same negative way. Both wikis look useful - but future usefulness obviously depends on people contributing to the wikis. (I'm afraid I haven't contributed to either yet...)