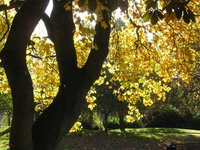 I thought that this article about podcasting was interesting. Podcasts, by the way, are basically digital audio files (usually MP3) which can be signed up to, to be sent to you automatically:

The author starts by sketching out a scenario ("Jenny" receiving podcasts relating to both leisure and academic work) He then describes what he sees as the educational benefits of podcasting. As well as highlighting the possibilities, I thought the paper was interesting in its assumptions about students. The "Jenny" scenario reminded me of the "Alice the undergraduate" scenario in the Follett Report (see http://www.ukoln.ac.uk/services/papers/follett/report/ch7.html - this was an important report for UK academic libraries). Both Jenny and Alice are young women who are very digitally literate and probably "Academic Susans" too, to use the term that John Biggs coined to describe the sort of students who are academically able and motivated. Not every student is like this (e.g. someone might be very motivated in general, but see having to listen to a load of podcasts every day as a complete chore).

Also, it strikes me that podcasting isn't really that radical, although obviously the greater availability of handy storage/receiving devices, and the greater supply of audio feeds and downloads, has made the whole "current awareness of audio files" thing easier. There's a point where Campbell says that podcasting has the "potential to be uniquely immersive, to evoke the intimacy and focus of a study carrel deep in the stacks of a library. One emerges from those dark, womblike spaces blinking and perhaps a little disoriented: a useful state of being in the constant struggle to defamiliarize one’s surroundings and to prepare oneself for fresh insights. " And there were librarians, on the whole trying to move away from the "dark, womblike" conception of libraries...

There's a podcasting trial on a BBC radio site, which includes a simple "what is podcasting" explanation: http://www.bbc.co.uk/radio/downloadtrial/.