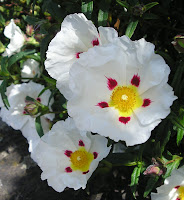 On the NAMLE site I blogged earlier I saw that there is a campaign to support a bill introduced in the US Senate by Jay Rockefeller to provide "matching federal funds to states offering students curriculum options that integrate key 21st-century skills – including information literacy and media literacy. The bill is currently under consideration by the Senate Finance Committee. The 21st Century Skills Incentive Fund Act (S.1029), which is co-sponsored by Olympia Snowe (R-ME) and John Kerry (D-MA), suggests several areas where states could expand their curricula to encompass 21st-century skills, such as global awareness; financial, economic, business, and entrepreneurial literacy; civic literacy; and health and wellness awareness." "If passed, the bill would appropriate $100 million a year for the U.S. Department of Education to pass on to states that have developed a comprehensive plan for implementing a statewide 21st-century skills initiative and are able to supply matching funds for their initiative" The news story is here: http://namle.net/news-blogs/flash and the information on the bill itself is here: http://www.opencongress.org/bill/111-s1029/show
Photo by Sheila Webber: May 2009
Posted by Sheila Webber at 09:58