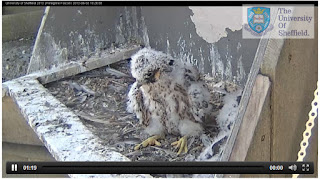 A couple of new open-access articles:
- Meyer N, and Bradley, d. (2013) "Collaboratively Teaching Intellectual Freedom to Education Students" Education Libraries, 36 (1) http://education.sla.org/?page_id=727 (includes links to material they used with the students)
- Sar, R. and Al–Saggaf, Y. (2013) "Propagation of unintentionally shared information and online tracking" First Monday, 18 (6). http://firstmonday.org/ojs/index.php/fm/article/view/4349/3681
A useful piece of research if you are stressing the ease with which we "leak" information about ourselves. "Various pieces of information are being shared online while users browse the Internet. Previous studies have demonstrated that as social networking sites (SNS) became popular, the information being leaked or shared is becoming more personal (including names and e-mail addresses). Users’ information is being shared or leaked from visited sites (both SNS and non-SNS) to third party sites (such as advertisers) in a number of ways including via the HTTP header. The intent of this study is identify the privacy implications of browsing the Internet within a single browsing session of a group of commonly visited sites (both SNS and non-SNS) doing activities common among most online users. We analysed the HTTP headers resulting from the first author’s browsing and reported on the types of information being shared or leaked, and to whom. We observed that within just a single browsing session of some sites, both the user’s identifiable and non-identifiable information are being leaked to various third party sites and also propagated to more than just one level of third party site. We also found that some SNS are also able to track user’s browsing activities not only within the SNS but also beyond it -particularly among web sites that use SNS widgets."
- Also I can't remember whether I said that ALISS Quarterly (a journal with short articles, aimed at librarians in the social sciences) makes its issues open access after a year, so the January 2012 issue on New Developments Library Orientation/ Information Literacy is now open: http://alissnet.org.uk/aliss-quarterly/aliss-quarterly-past-issues/
Photo from the University of Sheffield webcam that is following the progress of a nesting pair of peregrine falcons, on the building (a converted church) next to my department. They had 3 chicks, which are growing at an enormous rate - they were tiny balls of white fluff a couple of weeks ago. The live webcam is at http://efm.dept.shef.ac.uk/peregrine/ and they are likely to fly the nest in about 10 days. Two of the chicks are tucked at the side of the nest box in this picture. The "disturbing images" mentioned on the webcam page are when they get fed bits of (mostly) pigeon.
Posted by Sheila Webber at 10:52