Is Information Literacy Enough for a Knowledge Worker? #ecil2013 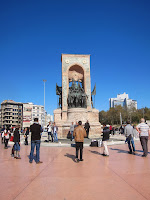 Katarzyna Materska talked about Is Information Literacy Enough for a Knowledge Worker? at the European Conference on Information Literacy.
She identified the paucity of research in the workplace IL field and the presented the concept of IL in an educational setting (which she saw as focusing more on skills, and textual information). However, she identified the changes that affected IL and the need to take account of different contexts.
Moving on to the knowledge worker lens, she identified the role of IL in workplace learning outside specifically educational settings. Knowledge workers were characterised as developing knowledge through long practice, with the outputs of their work often being non-material, who like to work both colaboratively and individually. She concluded that workers needed to be creative, understanding situations, questioning, adaptive and problem solving (amongst other things). Although they were thinking beings, they also had the mental and emotional states that everyone goes through. The latter point means that people do not always use information logically.
She portayed knowledge as an iceberg, with tacit knowledge that people have about their lives and practice below the iceberg's waterline, with a smaller amount of explicit knowledge visible above the water line. Materska saw organisations as "knowledge ecosystems" with knowledge emerging through "connections, dialog and social interaction", and learning being a form of social interaction. Materska identified the importance of IL to knowledge management (something which I emphasise with my information management students!) and highlighted that this included being information literate with the tacit/social sources of knowledge. Like Lloyd in the previous speech she say human relationships being key in the development of IL. She also posed the idea of knowledge literacy rather than information literacy.
Photo by Sheila Webber: Taksim Square, Istanbul, October 2013
Posted by Sheila Webber at 11:24