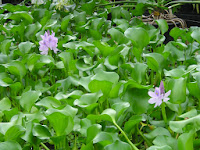 The report I mentioned yesterday on student expectations reminded me that research was carried out in:
Johnston, B. and Kochanowska, R. (2009) Student expectations, experiences and reflections on the first year. The Quality Assurance Agency. http://www.enhancementthemes.ac.uk/docs/publications/student-expectations-experiences-reflections-first-year.pdf?sfvrsn=16

This report concentrated on students studying in Scotland. The researchers interviewed a slightly larger sample of students than the UK-wide study. Bizarrely (but why am I not surprised), despite the fact that they were both funded by QAA, the latest study does not appear to reference this earlier one.
Some similar points emerge (e.g. to do with contact with academic staff, and the need for support through transition), but some further interesting nuances were discovered, so it is definitely worth reading both reports.
The "want value for money" theme did not emerge as strongly in this 2009 report. The 2013 authors say that this theme emerged UK-wide (i.e. including in Scotland) but obviously there were far fewer Scottish-based students in their study, so it's difficult to say whether this is because of the worsening economic conditions between then and now, or because the (I imagine, I don't think it says) predominance of non-Scottish-based students brought the issue of fees more prominently into the data.

While I'm mentioning resources about higher education, there is a new Resource database with materials relating to teaching quality in Scottish universities: http://www.enhancementthemes.ac.uk/resources . It includes reports, presentations, posters, videos etc. When I searched "information literacy" I just found 3 items, but one of them was a booklet pulling together key findings from the enhancement work of the QAA in Scotland by eminent educational researcher Dai Hounsell. "Communication and Information Literacy" (and it doesn't just mean IT literacy) is identified as a graduate attribute which has been adopted. "Across the Scottish higher education sector, the most prominent outcome of the work of the G21C Theme is a robust and well-articulated collaborative grasp - or understanding - of the attributes and qualities which are needed by the twenty-first century graduate."
Hounsell, D. (2011) Graduates for the 21st Century: Integrating the Enhancement Themes. QAA. http://www.enhancementthemes.ac.uk/docs/publications/graduates-for-the-21st-century-institutional-activities.PDF?sfvrsn=34
Photo by Sheila Webber: Glasgow Botanic Gardemns, Scotland, April 2006
Posted by Sheila Webber at 11:11