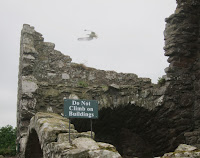 Liveblogging from the i3 conference held this week at Robert Gordon University, Aberdeen, Scotland. Syeda Hina Shahid is one of my doctoral students at Sheffield University in the Information School, and is also a faculty member at the University of the Punjab, Pakistan. Her talk, which reported on some of her research findings, was Assessing children’s IL skills: Findings from a multiple case study of six primary schools in Pakistan. A large proportion of the population in Pakistan do not have education past primary level, and therefore looking at information literacy at this level is particularly important. There is also a lack of research into information literacy in Pakistani schools. Syeda has carried out six case studies, in different kinds of primary school (both public and private), investigating the information literacy of school children in her home city of Lahore, Pakistan. She interviewed teachers and (where there was one) the librarian, conducted focus groups and task-based activities with the children, and looked at documents and the physical setting of the school. It is worth noting that some of these schools had a lack of resources for students and teachers to use, but Syeda also included (for example) an elite school.
In this talk, Syeda focused on the task based activities with the children. She had devised exercises based on existing frameworks for primary schools and she gave examples of how the children had responded to activities. For example, in one activity she read out a story about a lion, and asked the children to draw a lion, house and food. There were different levels in their response, not following instructions at all (drawing something completely different) through to combining background knowledge, and using all the information from the story. She had developed a model identifying thesedifferent levels.
She finished by identifying that her research should contribute to local literature and practice, as well as contributing to the knowledge of IL more widely.
Photo by Sheila Webber: Dunnottar Castle, Stonehaven, Scotland, June 2015
Posted by Sheila Webber at 15:42