Members of the Scottish Parliament on Twitter: constituency champions or party animals? #i3rgu 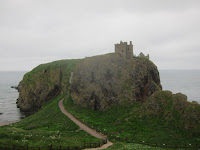 More liveblogging from the i3 conference held this week at Robert Gordon University, Aberdeen, Scotland. Graeme Baxter, Rita Marcella and Mary O'Shea had authored the next presentation on Members of the Scottish Parliament on Twitter: constituency champions or party animals?. The presentation started by highlighting that Members of the Scottish Parliament (MSPs) have been identified as users of ICTs and specifically social media. However, studies have tended to focus on usage during election campaigns rather than during "peace time".
A previous study of voters' information needs, by the authors, had identified a gap between voters' needs and the politicians' information provision. In particular, people wanted information relating to their local constituency.
The present study was looking at MSPs Twitter use, to compare with a previous study of MSPs Twitter use during an election, and to see whether they were covering local constituency issues. The researchers looked at a 4 week period January-February 2014. It is worth noting that, although there wasn’t an election taking place shortly, this was a period when their was the long campaign leading to the Scottish independence referendum (asking voters whether Scotland should be an independent nation, which took place September 2014). Tweeting MSPs were identified, and tweets were analysed primarily manually. Each tweet was coded using a coding framework. It was then put into SPSS for quantitative analysis. The authors were drawing on a previous study of members’ use of social media by Norton (2013) who listed constituency roles including information provider and promoter of constituency interests.
81% of MSPs were identified as having a Twitter account (a small majority having adopted it since they became MSPs). In the 4 week period 10,404 tweets were sent. Number of posts varied from none, to hundreds. They had an average of 3,000 followers. In terms of the nature of the information exchange, 14.8% were primarily broadcast posts (their thoughts and opinions), 65.9% were retweets, links etc.; 12.7% were interaction with others; 6.5% were "unreciprocated engagement" e.g. following celebrities etc. and attempting to engage with them (mostly they get ignored). Thus overall most of the tweets are broadcast types (retweets etc. plus broadcast).
Comparison with their activity during an election campaign shows they are tweeting more but there is less enagagement or dialogue with others (it was 18.2% in the previous study). When looking specifically at constituency-related tweets; sports results and referendum and by-election campaigning were both excluded
However, when you excluded these, there was not much going on! They were mostly advertising their regular constituency surgeries, or commenting on local campaigns that they happen to be engaged with (e.g. bus routes; library cuts). However, they were more likely to tweet about sport, popular culture or what they were doing (e.g. soup for tea!) The 105 MSPs made 741 constituency-related secondary posting (e.g. retweeting local weather warnings; local crime appeals and warnings; new or threatened public services; human interest stories). However tweets about the referedum and Scottish-wide policies far outnumbered tweets on local issues.
Finally they did some “mystery shopper” type attempts to engage with MSPs. One was arounf the issue of the Red Road flats (which were going to be demolished) “Was safety the real reason for the Red Road u-turn” – 7 MSPs were contacted, none responded. It is felt that MSPs are reluctant to engage with sensitive issues. An insight is given by looking at the Twitter stream of MSP Kezia Dugdale who was more actively engaged, but then started getting a high volume of tweets, including some highly abusive tweets. She eventually withdrew from the free interaction.
Conclusions are that MSPs have become more frequent users of Twitter, but with an even bigger emphasis on one-way communication. However you have to acknowledge the restrictions of the 140 character tweet and the potential genuine problems facing genuine interaction. Also, although this was selected as a “peace time” period (with no immenent election) in fact the tweets showed that a lot of work was going into the campaign for the September independence referedum.
There were interesting questions at the end, for example about the extent people were following the party line on social media strategy, whether their status in the party affected how they might tweet.