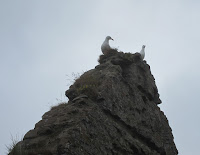 Liveblogging from the i3 conference held this week at Robert Gordon University, Aberdeen, Scotland. The next presentation is John Mowbray and Hazel Hall (Napier University) on The impact of community grassroots campaigns on public library closures in the UK. This was based on research undertaken at Strathclyde University.
The research context were the threats to libraries and actual closures of public libraries in 2014/2015. This had led to a lot of grassroots community campaigns to try and save libraries. The research aimed to discover theimpact of these campaigns. This included looking at newspaper coverage. Looking first at grassroots activism: research shows that non-violent protest gets more public approval, and lobbying and social media can have an impact of policy making. Also a previous thesis on how news sources covered library closure showed that nostalgia stories and celebrity endorsement tended to dominant press coverage. The methods for his own research was a survey questionnaire to get in contact with grassroots activists. He used a "Library Campaign" online directory and used a snowballing approach to identify any other activists. 57 groups were contacted: 68 individuals responded from 24 regional authorities. He then carried out copmparative case studies by doing content analysis of newspaper reports in Newcastle upon Tyne and Lincolnshire, covering a 6 month time period.
In the first part of the study 34% had previous experience of grassroots activism, and 53% were founding members of the campaign. In terms of why people got involved, reasons included: lack of public facilities; personal responsibility; resistence to council "bullying" and intrasigence; having experienced a benefit for libraries personally. Lobbying MPs and members, public meetings, petitioning and social media campaigning were all highly used. Barriers included: lack of people willing to commit a lot of time (with burden falling on a few); people unwilling to challenge "austerity is necessary" narrative; ignorance of local authority elected members (with councillors ignoring the public's concerns).
In terms of regional news coverage (the 2nd stage of the research) there was varied coverage between different regional newspapers with some (e.g. Lincolnshire Echo) having a larger number (58 in that case). Text analysis showed that articles were heavily weighted towards those who were against the closures. Library advocacy from grassroots was the majority (e.g. 73% of articles in the Evening Chronicle). However, a low percentage were advocacy specifically from library professionals.
In conclusion, despite this it seemed the library decision makers mostly ignored this and seemed determined to close the libraries!
Photo by Sheila Webber: Dunnottar Castle, Stonehaven, Scotland, June 2015
Posted by Sheila Webber at 15:22