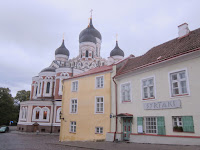 Below I summarise findings from the last two studies about student preferences between electronic and print documents. I will preface this with some of the issues and questions that emerged. One was the problem of government and instutional policies that were pushing strongly towards having electronic materials for students. Studies that had identified that people learnt better from print rather than screen were also mentioned: there seemed to be evidence from these studies, as well, that learners felt that they were learning better from print. What was notable was that the all the studies, from various countries, came up with very similar results. Although none of the samples (as I understood it) were robust and random, aggregating the results makes them more persuasive. There was discussion about whether the preferences would be different if the technology was better (more usable and easy to read).

Next in the print/electronic reading session, some more national studies from the cross-national study I blogged a earlier from the European Conference on Information Literacy 2015. Firstly, there was Reading Preferences of Finnish University Students, presented by Terttu Kortelainen. have had joint electronic resource in Finland for a while now, and collection of e-books has become larger. In addition to research questions persued in other surveys, a further research question was to see whether students with visual impairments had different preferences. 668 questionnaires were completed (in March 2015), as a result of contact with 18 Finnish universities. 287 were social sciences, 142 medical/nursing (the 2 biggest disciplinary groups). Strengths of printed were seen that it was better for learning, easy to read and share, tactile - but less available. A number of free text views about preferences were given (e.g. getting distracted online, finding the screen too bright, eyes getting more tired when reading on screen, finding easier to read in peace in print). There were also comments about books being "heavy" on screen, but articlres being good electronically. Some students qualified their statements about preferences for print with comments about realising that this print-preference was bad for the environment! (So, the Finnish students were ecologically aware: it was noted during question time that students were assuming that electronic sources were better ecologically, which hasn't been proved). Students mostly did annotate print course materials and didn't annotate electronic ones. There was little difference between the responses of those who had visual impairments and those who did not. The only notable disciplinary difference that was mentioned was that engineers tended to prefer electronic format.
The comments gave more insight into preferences. The students had different preferences in different circumstances and wanted to have the choice (also, e.g. they might want to read in print and archive electronically).

Next, Almuth Gastinger presented The More They Tried It the Less They Liked It: Norwegian and Romanian Student’s Response to Electronic Course Material, coauthored with Ane Landøy and Angela Repanovici. This reported on responses from Norwegian (1063 answers across 6 institutions) and Romanian students (610 responses, from one university).
In terms of preferring to have all course materials in print format, there was a majority agreeing in both countries. In response to a statment about preferring material electronically, there was correspondingly a majority in disagreement. A majority of students felt they remembered information best from printed information. The results from the two countries were very similar, but there was a slightly larger number of Romanian students who liked electronic publications.
Photo by Sheila Webber: Russian church, Tallinn, October 2015
Posted by Sheila Webber at 14:32