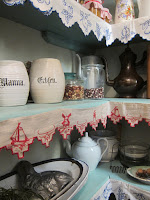 Elodie Depré, Representative of ENPA (European Newspaper Publishers’ Association); Media Literacy Project Manager and Communication Officer, LAPRESSE.be, talked about Bringing concept and practice: mediators of MIL at local level. She started by talking about the role of newspapers in a digital world e.g. as watchdogs of democracy. Media Literacy was seen as a priority in this context, developing understanding of the "mediatized world" both print and digital. A relationship had to be developed with citizens (from school age), but there was also a need to respond to cultural differences of different markets. In 2013 ENPA launched a project What's your news, with projects in 18 countries, developed by the Media Literacy Working Group. She gave some examples, including "Open my news" in Belgium, which includes free newspapers and educational material which answers some questions about newspapers and explains media literacy issues. This is being followed up with "Open my digital newspaper".

The final panel speaker in the last session of the day was Giovanni Melogli, President EMI European Media Initiative EU Affairs - Alliance Internationale de Journalistes. He highlighted the website and initiative http://mediaeducation.fr. They wish to make a strong connection between educators and journalists, to develop more effective media literacy education by combining the expertise of the two sectors. Melogi briefly outlined the sections in the website (which is French language). This includes areas which encourage people to connect to form projects.
Photo by Sheila Webber: Art Nouveau house, Riga, June 2016
Posted by Sheila Webber at 16:54