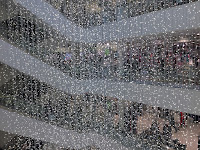 The latest issue of the open access publication Literacy in Composition Studies (volume 5 issue 2, 2017) is a special issue, on Literacy, Democracy, and Fake News. The main articles are:
- Navigating a Varied Landscape: Literacy and Credibility of Networked Information by Jacob W. Craig ("Drawing on two accounts of information literacy, one from American students and another from teenaged Macedonian fake news makers, I argue that developing an information literacy reflective of the monetized and hierarchical nature of networks is paramount to writing and research. Focusing on the relationship between technological discourse—what is said about technology—and literacy—what people do with technology, I argue that recognizing the influence of corporations and differences between print and digital media are paramount for the development of information literacy.")
- How Automated Writing Systems Affect the Circulation of Political Information Online by Timothy Laquintano and Annette Vee ("This article argues that fake news is only one instantiation of a shift that literacy studies will need to reckon with to understand how people encounter texts on an everyday basis. It argues that looking at the information ecologies in which fakes news circulates reveals a shift to the reliance on computational and automated writing systems to circulate texts and amplify their distribution. The article critically synthesizes existing literature and provides key examples of how algorithms and bots were deployed strategically to pollute the media ecology with fake news in the time immediately preceding the 2016 Presidential election in the United States. The argument ultimately raises a series of questions that literacy studies will need to confront given the importance influence of computation in contemprary information environments, including how people engage in responsible discourse in the face of rapidly evolving technologies that can be exploited and offer a bullhorn to the most detestable of political positions.")
- ‘Globalist Scumbags’: Composition’s Global Turn in a Time of Fake News, Globalist Conspiracy, and Nationalist Literacy by Christopher Minnix ("... This article maps out how global higher education is constructed in the populist rhetoric of the political right, both in accounts from fake news sources and hard right news sources and in the educational policy discourse of conservative organizations like the National Association of Scholars. It then explores the consequences of anti-global education rhetoric for the global turn in rhetoric and composition studies and maps out both a critical and political response.")
- Toward a Theory and Pedagogy of Rhetorical Vulnerability by David Riche
Go to http://licsjournal.org/OJS/index.php/LiCS/issue/view/13
Photo by Sheila Webber: sparkle, Peter Lewis store, London, December 2017
Posted by Sheila Webber at 23:23