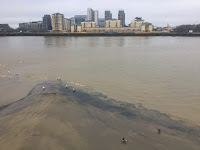 I came across the project Lie detectors via an article in the Financial Times online (Kuper, 2019), which, as good sources should, had a link to the project itself. "Lie Detectors works to improve news literacy, increase awareness of misinformation and further the general public’s understanding of the mainstream media industry. It promotes positive and non-political contact between young people and journalists. It does this by sending working journalists into schools to deliver interactive classroom sessions." So far they have worked in Belgium and Germany, and plan to extend to Austria this year. They have connections to the European Commission’s High Level Expert Group on Digital Disinformation and Fake News and other organisations ("European Centre for Press and Media Freedom, First Draft News and EAVI Literacy for Citizenship among others"). Unfortunately librarians don't seem to be identified as relevant to the campaign, which is rather a missed opportunity.... (particularly as the exercise described below is a pretty standard "spot the fake articles" one). Their website is at: https://lie-detectors.org/
Reference: Kuper, S. (2019, January 31). How schools are fighting fake news. Financial Times. https://www.ft.com/content/0fa3ab8a-2412-11e9-8ce6-5db4543da632
Photo by Sheila Webber: Canary Wharf from the O2, December 2018
Posted by Sheila Webber at 09:30