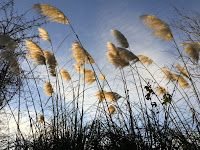 An interesting report by the Pew Research Center. It compares the opinions of Democrats and Republicans (in the USA) as regards belief in expert scientists.
Funk, C., Hefferon, M., Kennedy, B. & Johnson, C. (2019, August 2). Partisanship influences views on the role and value of scientific experts in policy debates. https://www.pewresearch.org/science/2019/08/02/partisanship-influences-views-on-the-role-and-value-of-scientific-experts-in-policy-debates/
Democrats emerge with a more positive view of scientists and scientific results than republicans e.g. "About six-in-ten Democrats (62%) say scientists make judgements based solely on the facts. By comparison, 44% of Republicans say scientists’ judgements are based on facts, while 55% say scientists’ opinions are just as likely to be biased as other people’s." In one interesting result, for Democrats, the higher they identified their own scientific knowledge to be, the more they trusted the scientists, whereas with Republicans it was the reverse.
Participants found information about scientists mostly in news media. Pew asked about factors affecting trust and, for example, "A majority of U.S. adults (57%) say they trust scientific research findings more if the researchers make their data publicly available."
The researchers asked about some specific types of researcher, and some inspire more trust than others, with some different concerns emerging, depending on the specialism: differing levels of trust also emerged depending on whether scientists were researchers or practitioners (e.g. medical researchers/practitioners).
As ususal, Pew give full details of their methodology. The data came from a survey carried out in January 2019, targeted at a stratified random sample of 5,817 panelists (they draw on a panel of respondents), with 77% responding.
Photo by Sheila Webber: Pampas grass, Sheffield, December 2019
Posted by Sheila Webber at 14:30