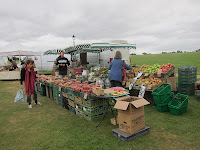 Kim, K., Yoo-Lee, E. and Sin, S. (2011) Social Media as Information Source: Undergraduates’ Use and Evaluation Behavior. In: Proceedings of the 74rd ASIST Annual Meeting Retrieved 18 September 2012 from http://asist.org/asist2011/proceedings/submissions/283_FINAL_SUBMISSION.pdf
An interesting short paper that reports on a survey of what sources students used, what they used them for and what evaluative strategies they used. For example Wikipedia was used for initially scoping a topic, and evaluated through looking at the links and sources, whereas Youtube was used for recreation and for instructions on how to do things, and was evaluated through the video quality and people's opinions.

Markey, K. and Leeder, C. (2011) The Effect of Scoring and Feedback Mechanisms
in an Online Educational Game. In: Proceedings of the 74rd ASIST Annual Meeting. Retrieved 18 September 2012 from http://asist.org/asist2011/proceedings/submissions/38_FINAL_SUBMISSION.docx

This describes the stages of piloting this information literacy game, and the changes that needed to be made as a result.

I discovered these 2 papers (and further interesting ones) as part of the October 2011 ASIST annual conference proceedings; http://asist.org/asist2011/proceedings/openpage.html.
Photo by Sheila Webber: Blackheath Farmers' Market, September 2012