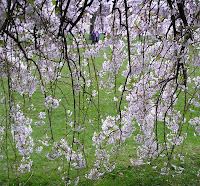 Jane Secker and Rowena Micrae-Gibson were talking on Tuesday about Reflecting on the needs of PhD students: developing information skills at the London School of Economics. They started by referring to the RIN report and the CIBER report. At LSE there had been provision of various kinds for PhD students, but they felt they could improve. They had revamped a Moodle course, and a focus group gave some useful feedback on this, but was also a catalyst to do even more. They already had an information skills class in place, but it was in need of thorough revision to make it a coherent class. It is called MI512 Information Literacy: Tools for Research : http://www.lse.ac.uk/library/insktr/methinst.htm
The revised class is a six week programme of 2 hour workshops, supported by Moodle. It has an introduction to literature searching, and sessions on using different kinds of literature, citing and referencing, managing references using EndNote, and keeping up to date. The course has proved popular, and they are doing it in each one of their three terms. It has proved useful to have feedback from people in their teaching and learning centre (teaching observation), and the speakers were also reflecting on their practice for the teaching certificate that they were taking. Changes they have made include having less powerpoint, a clearer structure to each session, more detailed workbooks which include exercises for more advanced students, and other strategies to help students who have diverse backgrounds, skills and needs. They have had some excellent feedback from students and noted that librarians shouldn't be shy about publicising the good feedback they get.
They summing up what they've learned about what researchers need. One thing was that this was not a Google generation: students were struggling with concepts like RSS and the presenters had overestimated people's familiarity with library services. However, the students were very motivated to learn and valued the librarians expertise. Thus it became evident that this type of course can make a difference and change researchers' behaviour.
Photo by Sheila Webber: weeeping cherry, Cardiff, March 2009
Posted by Sheila Webber at 00:33