Media and Information Literacy and its kind #ecil2013 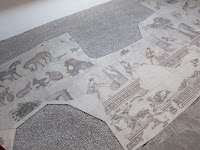 This morning at the European Conference on Information Literacy Albert Boekhorst, in his presentation Media and Information Literacy (MIL) and its kind talked about his perspective on the MIL concept. He explained how, in the information space, you rely on observation as well as memory devices and traditional forms of information exchange. There are barriers to getting information: economic, political, affective, cognitive and personal characteristics.
Therefore it is a matter of “survival of the fittest”, in a Darwinian sense, and Albert contended that Information Literacy (IL) was a way of ensuring you were amongst those fittest. There were also informatisation processes: technisation (different aspects of our life becoming subject to technology), differentiation (social and technical differences between us), and globalisation (globally interdependent networks: an anonymous process). When, for example, there is a power cut, people realise how dependent they have become on the 24/7 access, with new social and working patterns. Also with much information in the cloud (like this blog!) you have to trust that the cloud will work!
After this Albert ran through some developments in IL that he had lived through. He felt that that the thing that had changed most from his student days was “where” is the information. There are many IL models and frameworks, which have a lot in common. Already in 1995 a list of literacies included 19 different “literacies” and this has only increased. For him, IL was still the umbrella term for terms such as information fluency and information skills – and indeed all theother literacies. Albert had participated in a number of the UNESCO-sponsored meetings on Media and Information Literacy, and he increasingly felt that it made sense to work with the media literacy people, with whom IL people had a lot of common interests.
Therefore he has taken on the term of MIL as an umbrella concept. He sees it as a dynamic container concept. He defined it as a lifelong learning competence, with associated attitudes, skills and knowledge.
Albert's website, which includes links to some of his presentations, is at http://albertkb.nl
Photo by Sheila Webber: Mosaic Museum, Istanbul, October 2013
Posted by Sheila Webber at 14:07

I would like to add that Darwin wrote: "...it is not the strongest of the species that survive, nor the most intelligent, but the one most responsive to change...“
and that I call the 'informatisation prosess' anonymous