Making Digital Real: Case Studies of How to Help the Final Fifth Get Online 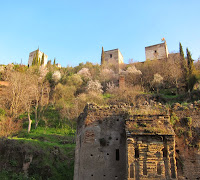 Making Digital Real: Case Studies of How to Help the Final Fifth Get Online has just been published by Carnegie UK Trust.The publication does not deal specifically with information literacy, but at least some of the six examples of initiatives (to get communities active online) include reference to the involvement of libraries. The publication starts with a brief introduction outlining the problem ("A fifth of UK households do not have even basic internet services in their home. This rises to more than a third of households in the lowest socioeconomic groups and to nearly 70% of households aged over 75."(p.3) It then proposes seven "Digital participation tests" for success of initiatives, drawn from the six examples of success. The 7 tests are: Leadership; Cooperation; Implementation plan; Focus on personal hooks; Address multiple barriers; Involve people and communities; Be innovative and make it fun. Following that, six initiatives to get people online (two from Scotland and four from England) are described in a few pages each.
http://www.carnegieuktrust.org.uk/publications/2014/making-digital-real
Photo by Sheila Webber: Alhambra approaching dusk, March 2014
Posted by Sheila Webber at 13:27