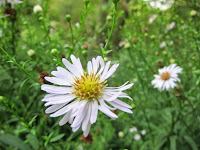 I’m at the one-day FutureLearn Academic Network (FLAN) meeting in Southampton. The focus of the meeting is evaluating MOOCs (as a reminder, Futurelearn is the UK MOOC consortium and FLAN is its research forum).
Julie Wintrup (Southampton University) talked about two studies funded by the Higher Education Academy (HEA): “A Community of Participants? Experiences of MOOC learners”. The full open-access reports will be released this month by the HEA. (This is a previous report funded by the HEA https://www.heacademy.ac.uk/resources/detail/elt/the_pedagogy_of_the_MOOC_UK_view)
The first study is on Engaged learning in MOOCs: a study using the Engagement survey. I know the HEA is interested in the NESSE (USA’s survey for student engagement in higher education) and I think this engagement survey is based on that. There were higher proportions of learners reporting engaging in reflective and integrative forms of learning. Fewer reported in engaging in interactive forms of learning.
The second study is Liberating learning: experiences of MOOCs. 10 learners and 5 academic staff (involved in Souhampton University MOOCs) were interviewed for this study. The speaker started by saying that “belonging” emerges as an important theme in campus-based higher education, and testing out ideas, articulating understanding and being challenged emerge (from the literature) as central to learning. In this group of interviewees (who were all MOOC completers): discussion fora emerged as a key form of interaction; social media etc. was less understood or valued; however some really appreciated Twitter especially if they could interact with the course team; there was anxiety about looking foolish when you posted something; some people just enjoyed looking at others’ posts; some “limited” their posts to give others a chance. One major issue was the unthreaded nature of the comment forum, which was time consuming to go through and made it difficult to engage with in conversation. Despite the latter problem, people did feel part of a learning community, particularly where there was a personalised element, e.g. interaction with educators. In fact interaction with educators was something that people expected, so that was one of the key messages (i.e. don’t let it just run without their input).
The second presentation was from Andy Wright (Birmingham University) “Good MOOC, Bad MOOC: Judgement day”. He came up with retention, research (learning analytics etc. and enhancing teaching materials), reputation, recruitment (to credit-bearing courses) and revenue (e.g. fees for the actual MOOC) as the 5Rs of success. After the first worry about the high drop out rates from MOOCs, the second wave helped people understand that people joined MOOCs for different reasons, and a high drop out rate did not automatically mean failure. However the speaker identified that the longer you could retain students, the more they were likely to be recruited to other courses, they give you more learner data etc. i.e. it contributes to the other 4 Rs.
In terms of research, the speaker talked about (as well as getting data for learning analytics) that you could get enthusiasm/transfer from academics to other online teaching. Reputation included brand awareness, exposure to (good) quality teaching material, students feeling part of the Birmingham community, and also strategic presence in the Futurelearn community. An obvious challenge here is that you could get bad press for your courses too. With Recruitment: at the moment it is difficult to establish whether people were influenced by MOOC participation when they register for a course. Additionally MOOCs may not be pitched at the same audience as normal courses. The speaker raised the opportunity of working with the schools that you were hoping to recruit from. With revenue, as well as certificates he mentioned sales of books.
The speaker also raised the issue of social policy and impact (for example MOOCs on dementia, on inclusion): in this case the MOOC’s success would be the way in which it contributed to policy outcomes. Under the philanthropic banner you could also look at the MOOCs contribution to broadening understanding, tolerance etc. and contributing to charitable work.
Photo by Sheila Webber: Michaelmas daisy, by the Cherwell, September 2014
Posted by Sheila Webber at 11:26