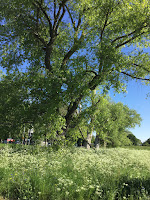 On Tuesday I attended a webinar (from the Society for Research in Higher Education)launching the book Postdigital Humans: Transitions, Transformations and Transcendence, part of the Postdigital Science and Education book series. The book is as expensive as most scholarly texts, unfortunately, but there is a useful introduction by the editor, Maggi Savin-Baden here.

This led to me rediscovering the Postdigital Science and Education journal, and in particular an issue from over a year ago that is relevant to this blog, volume 2 issue 1, which focuses on Lies, Bullshit and Fake News. A good number of the articles in this issue are open access, including:
- Lies, Bullshit and Fake News: Some Epistemological Concerns by Alison MacKenzie & Ibrar Bhatt
- Infrastructure and the Post-Truth Era: is Trump Twitter’s Fault? by Martin Oliver
- Citizen Engagement in the Contemporary Era of Fake News: Hegemonic Distraction or Control of the Social Media Context? by Paul R. Carr, Sandra Liliana Cuervo Sanchez, Michelli Aparecida Daros
- Parody: Fake News, Regeneration and Education by Christine Sinclair
- To Believe or Not to Believe: an Epistemic Exploration of Fake News, Truth, and the Limits of Knowing by Jennifer Rose
- Opposing the Power of Lies, Bullshit and Fake News: the Value of Truth by Alison MacKenzie & Ibrar Bhatt