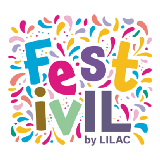 On the final day of FestivIL (yesterday), the keynote was from Barbara Fister. Her prerecorded lecture took up the theme of her Project Information Literacy Provocations essay - Information Literacy in the QAnon Era. When it is made public I will embed the video here. One thing that struck me particularly was the point that QAnon (the North American movement that rejects scientific evidence, conventional news sources etc.) gives the same type of advice as librarians: that you should be sceptical of sources, do your own searching etc., which is rather scary.

In terms of the live session on the 8th July, the usual caveat is that - this is my impression, and I'm not covering all that was discussed. In this live session, Fister started talking about her own work with information literacy as librarian in a North American university, and how it had to keep changing because of developments in media, scholarship and publication. She also referred to her involvement in Project Information Literacy over the past few years. Fister went on to talk about the intersections between her perspective on information literacy, and the perspective that emerged in Drabinski’s video/session. One of the messages at the end of Fister's introduction was the need to “dial down” on telling people not to trust anything, putting more emphasis on discussing why you need certain information practices and why, and how, you can trust some information more than others.

One of the questions from a delegate, in the live session, was how community outreach could help in information literacy education. Fister reflected on how she could have done more on this (for example, partnering with the public library), given that Project Information Literacy (PIL) showed that students learnt from each other and were interested in the concerns of communities outside academia. She also mentioned an intervention in which students were engaging with older people, with some older people wanting to take the information literacy materials and share them with their own community groups. There seemed a lot of scope for connecting with different kinds of community groups, as outreach work.

Another question was - Is empowering students a key to motivating them for IL? Fister again pointed out that people in QAnon may spend a very long time searching for information, and so there were certainly examples of people being motivated! Fister thought that empowerment was valuable, but not really enough - some other guidance was useful (in making decisions about what was valuable/trustworthy etc.). She also referred to the moment when a student starts to really care about the subject or investigation they are doing; that owning the subject was a big help in motivating them to care about IL. PIL had shown that PIL had shown that students didn’t feel that what they learnt at university had helped them much with IL at work. Fister reflected that it would be valuable to do more to understand and trigger that curiosity and ownership at university and helping students to carry that attitude through to the workplace.

There was a question about students’ relationship to news, and amongst other things Fister talked about how the students PIL researched felt they were in a special position (because they hadn't had access to social media when very young, and now were steeped in it more than some in older age groups). They felt that made them critical of social media; they were flooded with news, and felt they needed to manage it and navigate it, because they were engaged with issues of the wider world such as climate change. This created stress, making a sort of conflict between what they engaged with in class, and this engagement with news and outside issues. There was an opportunity to connect these two areas of students' lives in information literacy education (and other parts of their learning).

There was more discussion and also a lot going on in the text chat, including: role/training of journalists; challenges of information literacy education in schools (e.g. in getting support from teachers and administration for more information literacy); issues around engaging learners with open access materials; and how you can stimulate intrinsic motivation.

Some of the links mentioned in the chat were: The FOSIL group, Ofcom's report on news consumption, the Select Committee on Democracy and Digital Technologies' report on Digital Technology and the Resurrection of Trust and a book: Reassembling Scholarly Communications: Histories, Infrastructures, and Global Politics of Open Access

Thanks for the excellent recap - it was all a bit of a blur to me, a happy blur, but hard to keep track of. I also stupidly exited the zoom thingy and didn't take a read through the chat first, which I realized immediately and smacked my brow.

It was - as always - a lovely and very well-organized conference.