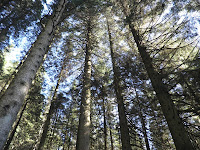 Reporting from the #ckvi Creating Knowledge VI Conference being held in Bergen, Norway, 8-10 September, https://ck-vi.uib.no/ . In the second session this morning the panel (Bill Johnston, Ralph Catts, Vidar Gynnild) responded to questions which had come from the audience. This post just covers some of the questions and answers that came up (one problem I'm having is that my laptop's battery doesn't last as long as it used to, and of course there are no power sockets in the main hall, so I'm partly liveblogging this and partly taking notes by hand).
One set of questions was about challenges for information literacy, including persuading academics to engage with information literacy. Ideas proposed by speakers included including information literacy in new university teacher courses, and showing how it is related to learing outcomes that have to be achieved. It was emphasised that building these collaborations might take some time.
In terms of approaches to convince educators, deans and management to build curricula: one option was seen as the "lighthouse" approach (identifying a champion), however that approach could result in just a small pocket of illumination. The other approach is making information literacy part of the mission of the university (I would add that obviously I have mentioned how that has been valuable at my university). Ralph Catts gave examples from Australia e.g. Queensland University of Technology. Using top library managers (to influence at a strategic level) is important.
Another question was finding a way to connect with academics who are already enthusiastic constructivist teachers but are not aware that there is a connection between what they are doing and information literacy. These were seen as good targets for work with IL. It was suggested that presenting yourself as an educational developer rather than as a librarian could open doors. This change in attitude (that could happen if you take a slightly different role) could apply to students as well (i.e. students treat you differently). There was another question about working with people such as educational developers, and it was agreed that this could be a good strategy., especially if the effort was directed towards credit-bearing courses. Developing all kinds of allies within institutions was certainly a good idea. It also needs to be borne in mind that academics are more likely to collaborate if they see something in it for themselves: which may be enjoyment in better teaching, or may be seeing that information literate students (for example) produce assignments that are easier to mark!
There was one question about plagiarism. The latter can be seen more as part of the broader issue of academic integrity, which includes rethinking assessment practices. A member of the audience emphasised the need to ask "Why?": why are students plagiarising? why are we taking this particular approach to teaching searching? Bill Johnston mentioned that there is also the issue of "why are students at university?": it may be because it is "the thing you do", which in turn means that these students are not so well disposed to learn. This all has implications for how you approach teaching the students.
Photo by Sheila Webber: Bergen, September 2010
Posted by Sheila Webber at 20:54