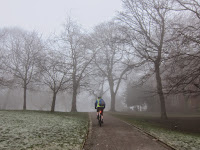 An output last month from the European Union-funded project HOME (Higher education Online: MOOCs the European way) is a survey about universities' use and perceptions of MOOCs. Comparing it with data from USA surveys, European universities are more likely to be running MOOCs and seem more positive about them. For example "While in the US the number of institutions having a MOOC or planning to introduce them has
decreased from 14,3% to 13,6%, in Europe it has increased from about 58% in EUA study to 71,7% in this study." The report writers hypothesise that this might be because of issues such at the greater amount of public funding in Europe and the credit transfer across national borders.
Jansen, D. and Schuwer, R. (2015) Institutional MOOC strategies in Europe: Status report based on a mapping survey conducted in October-December 2014. European Association of Distance Teaching Universities. http://www.eadtu.eu/home/policy-areas/open-education-and-moocs/news/248-institutional-mooc-strategies-in-europe
Photo by Sheila Webber: mist, Sheffield, February 2015
Posted by Sheila Webber at 09:30