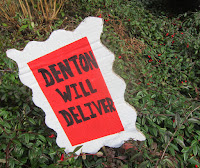 Yesterday and today JISC (which has a remit to support use of technology in tertiary education) was holding its digifest. Skimming through the session titles, there was a good deal about research data, various aspects of Technology Enhanced Learning, sessions on specific applications and tools, sessions on issues around mobile tech, privacy etc. In some cases there is just a short abstract, but a lot of the powerpoints are there (on the "Programme" page), as well as a link to the tweets of whoever was tasked with livetweeting the session. The home page is here http://www.jisc.ac.uk/events/jisc-digital-festival-2015-09-mar-2015 There are lots of tweets https://twitter.com/hashtag/digifest15?src=hash and various storifys (e.g. here of a session on Google tools and this one on the keynote about FutureLearn). Nicola Osborne did very informative blog posts: http://nicolaosborne.blogs.edina.ac.uk/2015/03/10/jisc-digifest-2015-day-two-liveblog/ and http://nicolaosborne.blogs.edina.ac.uk/2015/03/09/jisc-digifest-2015-day-one-liveblog/
Photo by Sheila Webber: use of old media, students campaign on campus for election to Student Union posts, March 2015
Posted by Sheila Webber at 19:30